'Who am I' she asks : A creative explosion of paradoxical remarks the student replied.

Surely, You’re All Tickling My Nickle

Oh, what’s that word to say ‘it feels damning good‘ in a non-sarcastic humbling way.
None?
Okay. It feels damning good to be given the Liebster award; third time’s the charm !
I retain my bragrights™ in all forms. Now, whenever my mother brings me out and asks me the godforbidding crisis question – What are you doing with your life you crazy duck – well mother oh mine, you miniature swan, I’m winning fictional awards that encourages me to do good acts of sharing. I might even just follow the rules this time. Might.

I find it fun that each time there’s a new version of this award. I’m going to go out on a limb and say that they were totally evolving just for me.
What’s that? The frog in the well? The only piece of blue sky. No sir/m’am, I dwaddle in my much larger pond. My view is beyond the horizon.

Before I go on preening my fur and allowing you guys the perverse glimpses of what makes up the unruly Duck, I have to stick my head in the water and thanks fellow Peckish Kiwi for giving me this award. What you need to know? It’s about food. Half of you probably already went to hell on me –  My bonus : He keeps me slick with greasy pride. Yes.. allow the preening..

To begin, all great artists must trudge through 10 feet of boring crap, then later tell you how heartily they bounced through that, before they reach the golden monkey. Well, I’m not an artist. Fact 1.The first painting I ever done without the urgency of a grade is mostly finished.. not because the brushes are completely done themselves. So.. Rules smules, it’s really just – 11:11+11(<200)→ !!!

Based on that, you already know what an amazing mathematician I am. That’s a fact. 2.

If you happen to  think that my devilish head is just a slight too big for my hat, you must know I’m impersonating Scarlett O’Hara because I think I could lap her beaux twice over. Granted Rhett Butler was 17 years older. Hmm. Tasty old men indeed. 3. [I’m not weird. Ish. Refer to my wet dreams]

In the case where I finished the entire book in the span of a day and a half, I must reward myself to be a futuristic-robotic-genius. 4.

Having also sacrificed in that heated period of living through 1860-1870’s, I suppressed my  overly try-hard bladder 5. for extended periods, which on several occasions has taunted me to bare the weight of trying to pee without noise as a guest. Of course, that’s when it acts up. And as I had reasoned, its overbearing nature has all that has to do with the tantrums of a high metabolism. 6.

Given that I am still the charming petite duckling, I happen to chew everything. Soup, ice cream and all. 7. Defying against the impossibilities of a flat beaker, hence I must say I am also somewhat of a trooper. 8. A nicer way to say stubborn as a bearded bull.

As I’ve recently returned from a trip from Seattle, I can safely tell you I did not spend more than $100. Or so. Clearly, the results of every man’s dream. 9. Oh bother, now I’ve got myself all wishywashy with g embarrassment. It’s going to take hell to be rid of my ever blushing cheeks. 10.

Alas, this is somewhat of a true embarrassment..much as I love the holiday spirit, my Christmas trees are still up and about. I’m torn between a secret wager against myself that they’ll last straight through to December and save me the the trouble, or smacking the next person who comments without worship upside the head. Pragmatic  11.

Not enough guys? Oh you spoil my ego so.

3. Early bird or Night Owl?
If I could, I’d remain in a half deprived mode of early bird frenzy with the slackings of nocturnal starvation.

5. If you were promised $10,000 a day for the rest of your life, but had to spend each lot of $10,000 in the day you received it (so no using finance or hire purchase), what would you spend your first $10,000 on?
Chocolate, food, clothes, spoils for my fat cat; As of the moment I’m a little terrified that I do not know how to rid myself of this money in a day. Tax doesn’t exist right?

6. Are you more likely to be ten minutes early or ten minutes late?
No..the duck is never late..not because its wings are made for looks and not for walking. Or flying.

7. What’s your favourite go to meal when you’re just cooking for yourself after a hard day of work when you are feeling lazy? Or if you don’t cook, what’s your favourite feed me now I’m hungry meal.
Home: Chocolate. Restaurant: some healthy stuff like cashew chicken with veggies that I really just couldn’t be bothered with if not for the masking sauce.

8. Do you dream in colour?
What’s this? Course, the duck sprays out rainbows.

9. What’s your favourite Eddie Murphy movie?
I’m going to apologize for having to Google that. I know the name. Much like I vaguely gauge the names of our current political parties.

10. Have you ever talked your way out of a speeding ticket?
No sir, I sprout broccolis and fly.

11. What’s the best thing about this blogging gig for you?
Stomping around in my one-man masquerade.

F.e.l.l.o.w .Q.u.a.c.k.e.r.s – Tonight, you may tell your overbearing parents that you were nominated by the Duck™

– if someone were to travel into space and takes a regular clock ticking on earth’s time, since I don’t think it necessarily slows down visually, how would it regulate for the space traveler given that 1 year in space is equivalent to 10 years on earth (supposedly)…
As for the person themselves, if they happen to fall asleep for a few hours, wouldn’t that equate to them sleeping for several days since their bodies still run on earth time?..No bladder issues anyone?

Okay, that might have been two questions. Did I not say what a great mathematician I am? If you must, I concur my question is full of horsefeathers. Answer it anyway, cause you’re all full of goosefeathers and that’s what makes the world so great.

To honor  the rules, I hope that everyone here has less than 200 followers so I’m still following the rules. [Edit: Yeah. So to hell with it, foul play is my calling]  Ah, it feels good to be spiteful again.

I often get a lot of questions about what I like once people find out my favorite music artist isn’t a beaver. So here I am to explain something. No? You didn’t ask? You probably didn’t even bother reading the title.

However, this indulgence in  narcissism is allowed because…

First, I’m going to give great cheerios for the woman who nominated me. Such sweet words. Visit her at http://robynblue.wordpress.com/

And no, I can’t shorten the link name cause if you haven’t already read the reason why my web link doesn’t make sense in Excessive Thoughts..well you don’t deserve to know now the short way.

Now I’m going to break some rules here and make things interesting. The last time I poured my heart out on surprisingly, another version of the Liebster award, well… I guess some people just don’t know beauty when they see it. Therefore, allow me the privilege to give you a walk through of a series of photos that represent me.

Young one, you’re only 30. Give it 20 more years until you reach the epitome of orgasmic voices.

Bunkering down and reading a book with a cup of tea.

Might I also add with a shit load of sugar and condensed milk.

So a TOOTHLESS old woman.

Most of you already know.

If there’s any brave soul of a woman out there who dares put her meat on the market, you’ll understand my pain when I tell you this. Chasing after one who’s as capricious as the wind is a hard life. But it’s worth it.

Also, note worthy, am obviously an aspiring artist if you haven’t gotten that through yet. Taking photos of my cat’s crouch is my calling.

Now was that not interesting? 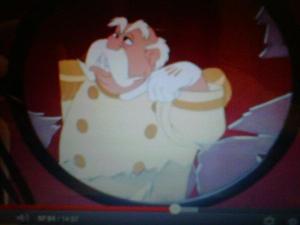 No? Did I say this would be fun for you?

Well, who were we kidding. This was all for me.

Oh yeah. And for the nominees.

(Somewhat) Daily News from the World of Literary Nonfiction

Immersive Tales for the Curious Explorer

The opinions expressed are those of the author. You go get your own opinions.

Humor at the Speed of Life

The Baddest Cat You'll Ever Love